The 2022 Jagdeep Singh Bakshi Scholarship in Naval Architecture and Marine Engineering has has been awarded to two NAME Master of Engineering students, recognizing their excellence in the two areas of the award: Visal Katamaneni for leadership and Yves-Etienne Landry for academic excellence. The Jagdeep Singh Bakshi Scholarship continues the legacy of this late industry leader in supporting future generations of marine engineers and naval architects.

This year’s winner for leadership, Visal Katamaneni completed his undergraduate degree in Naval Architecture and Marine Engineering from Andhra University, India. With an interest in data-driven design he was an IT educator before joining the maritime industry as a consultant with Sri Medha Marine, working on a large passenger ferry project to retrofit eight vessels. He joined the UBC NAME MEng program in 2021, and worked in Dr. Jasmin Jelovica’s Laboratory for Structural Efficiency (LASE). As a Graduate Academic Assistant with LASE, Katamaneni was able to participate in the group’s research on the effects of liquefied natural gas spills on steel structures. Within the NAME 591 Computer-Aided Ship Design Project course, Katamaneni lead his team in designing a safe and affordable ro-pax (roll on/roll off passenger) rescue ferry, the M.V. Suraksha. The team submitted their class design to the Worldwide Ferry Safety Association Design Competition where it won third prize alongside a vessel submitted by a team from Universitas Indonesia. Construction of the M.V.Suraksha is currently under consideration. Katamaneni is currently completing the final internship portion of his NAME MEng degree as an Engineering Superintendent co-op student with BC Ferries. 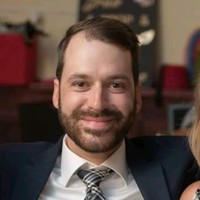 Yves-Etienne Landry will receive the award for demonstrating academic excellence. As a Naval Combat Systems Engineer with the Canadian Armed Forces, Landry will be honoured with the award in name only, as he is unable to accept scholarship funding. He received his B.Eng. in Mechanical Engineering from the Royal Military College of Canada and his Master’s Certificate in Project Management from Carleton University’s Sprott School of Business. Landry’s naval career has spanned over nineteen years, serving as the Project Integration Engineer for the Protected Military Satellite Communications project, the Weapons Engineer for the Canadian Surface Combatant project, Head of the Combat Systems Engineering Department onboard the HMCS Montréal, and most recently as the Project Security Manager and Information Manager for the Canadian Surface Combatant Project. This past year Landry led his team in NAME 591 course, which won first place for their design of a purpose-built BC Emergency Health Services vessel. He completed his NAME summer work term with Vard Marine Inc., and after finishing the program will return to the Department of National Defence to join the Director General Maritime Equipment Program Management as a sub-section head responsible for Ship Stability and Hydrodynamics.

Congratulations to both recipients on behalf of the NAME program and UBC’s Department of Mechanical Engineering!