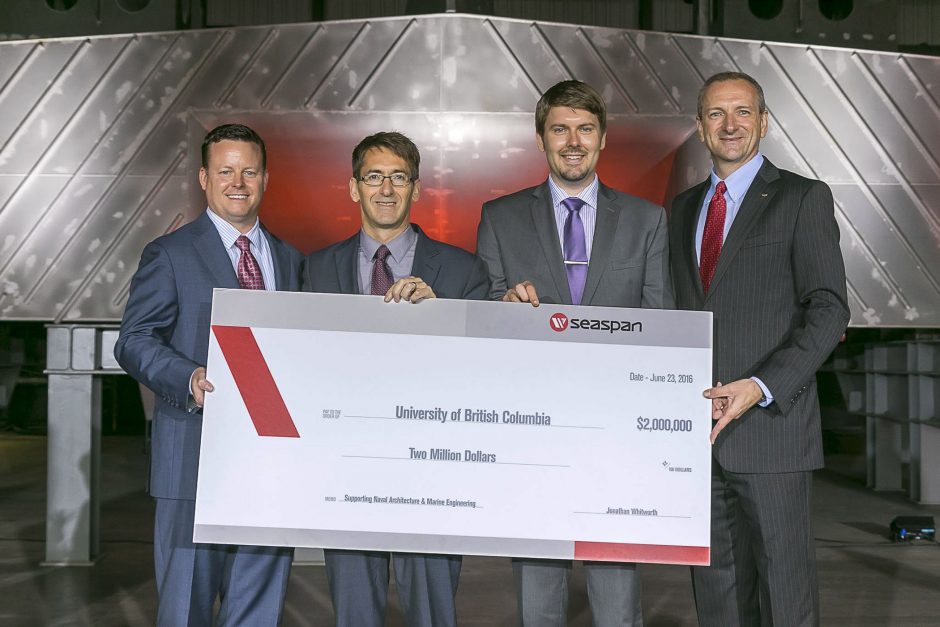 UBC’s Naval Architecture and Marine Engineering masters program will receive $2 million of that amount over the next seven years.

Similar stories appeared in the Journal of Commerce and Marine Link.